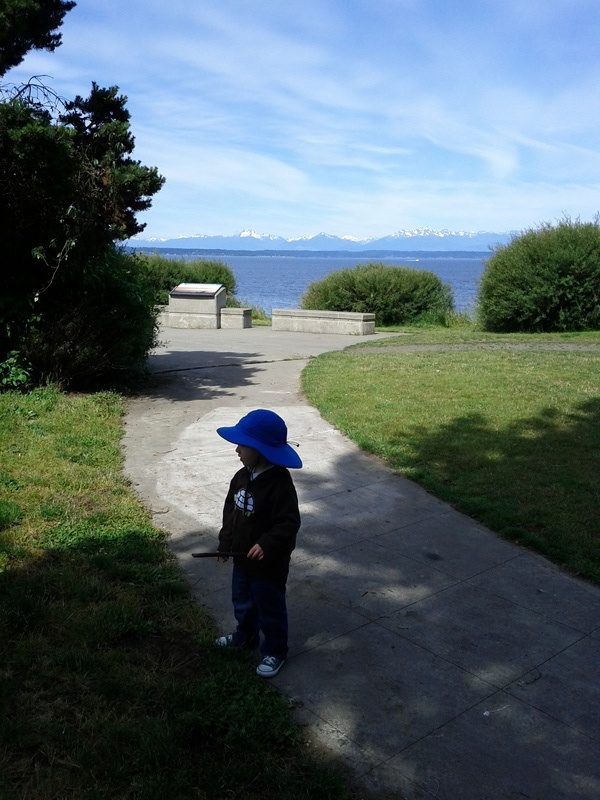 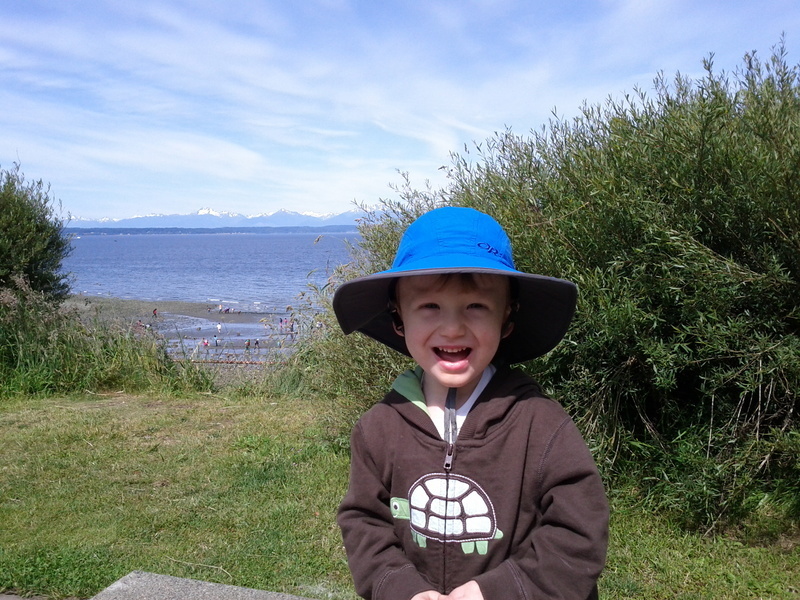 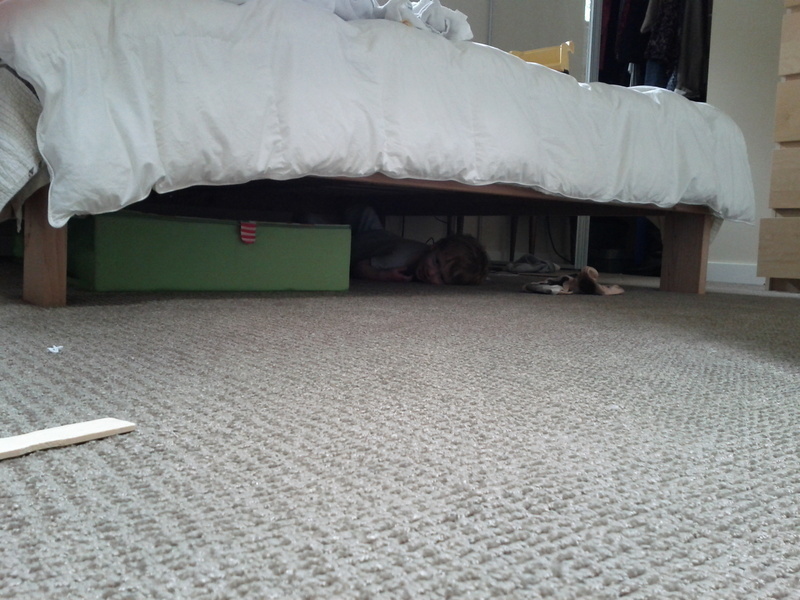 Two weeks ago, Tessa helped throw a very ambitious baby shower for a dear friend. To help, Elliott and I played out of the house for the weekend.

On Saturday, we went to Paine Field Aviation Day. We got there late, had a spectacular time, but only captured this one picture: 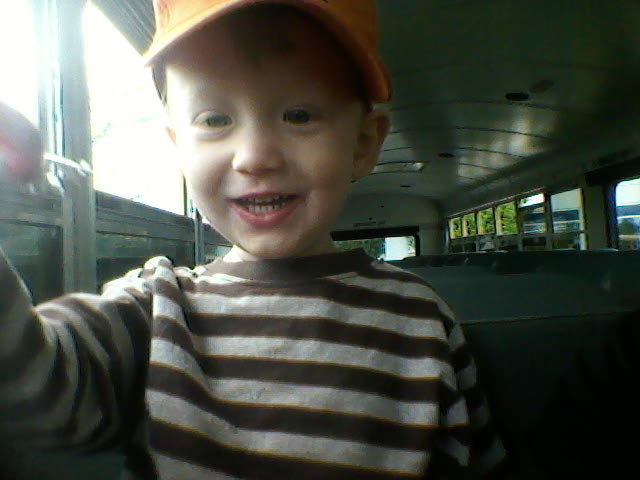 I did better documenting our fun on Sunday.

First, we made a morning run to the Market. It was a quick shopping trip for Tessa's needs, but not so fast that we couldn't grab a quick bite. The bright macaroon (his choice) went well with his bright outfit. 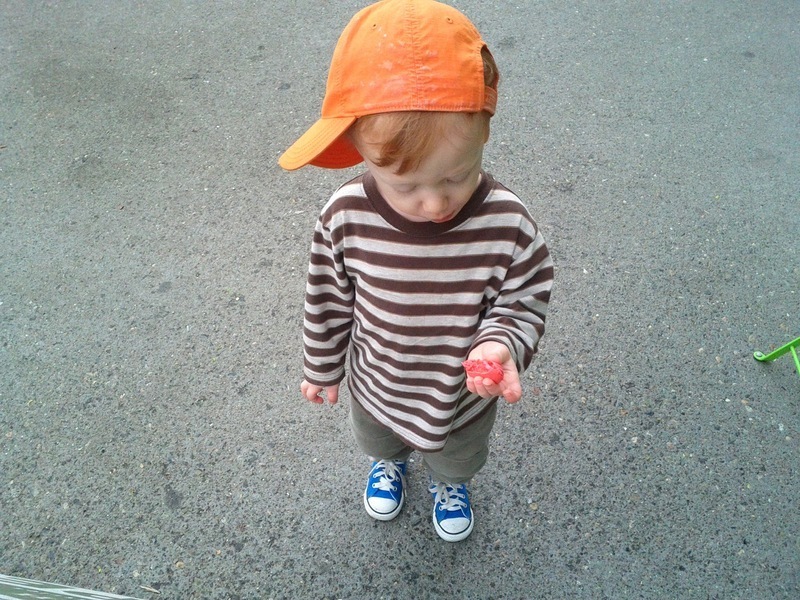 Next, we met up with his "brother" Alex at the Seattle Aquarium. 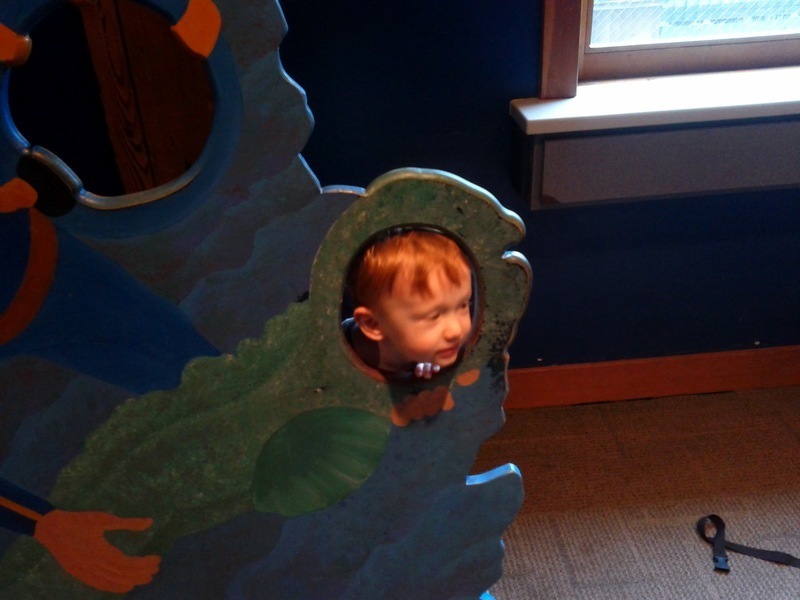 where they did battle with a giant octopus

After that, Elliott and I wandered through nearby Pike Place Market. He did battle with some large balloons

A theme repeated on Monday, when he showed up to go ride the street car for a couple hours and find some geese to harass. Look at the young ones! 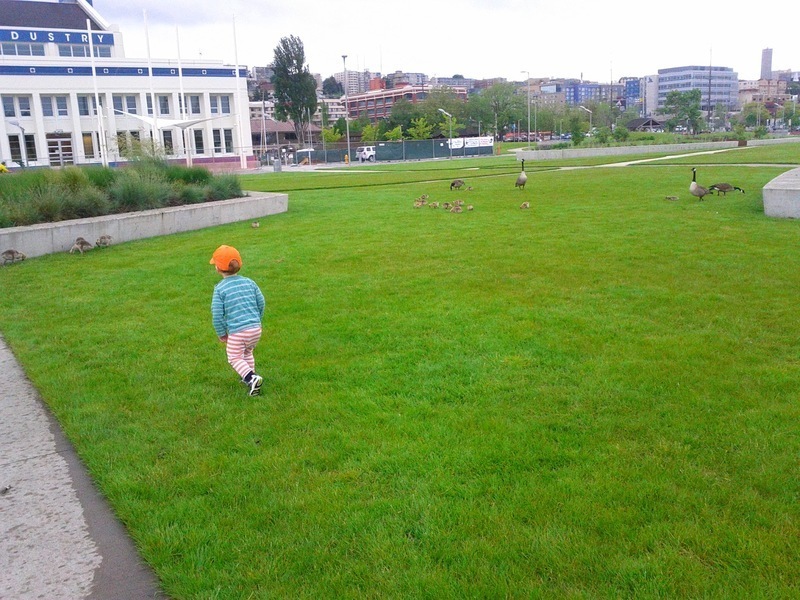 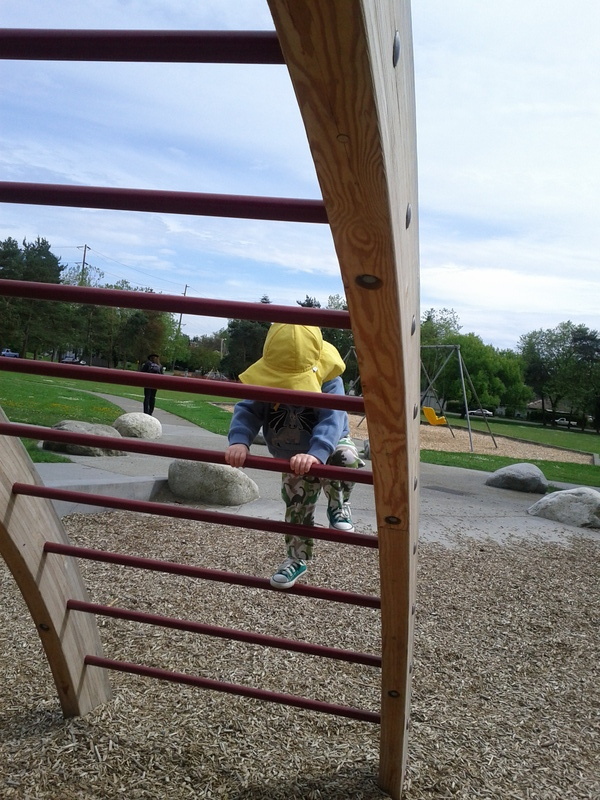 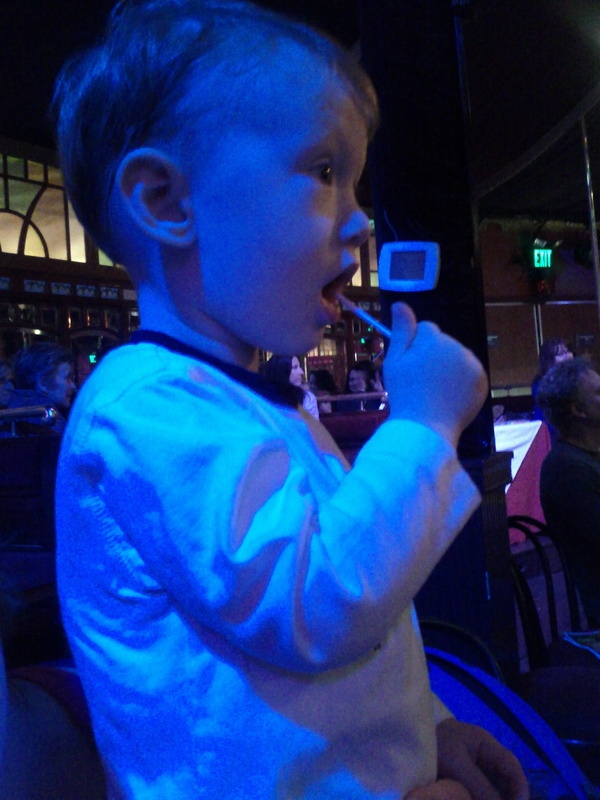 One of Elliott's babysitters was the stage manager!  He had a fantastic afternoon....

Here is a 10+ minute video of Elliott talking to a stuffed animal.

To highlight:  Elliott likes to respond "Of Course!" to many things (In addition to saying "Yes, Dear" to mom),
Elliott often refuses to have his diaper changed,  and he is big into hugs and kisses especially when he is in the wrong. 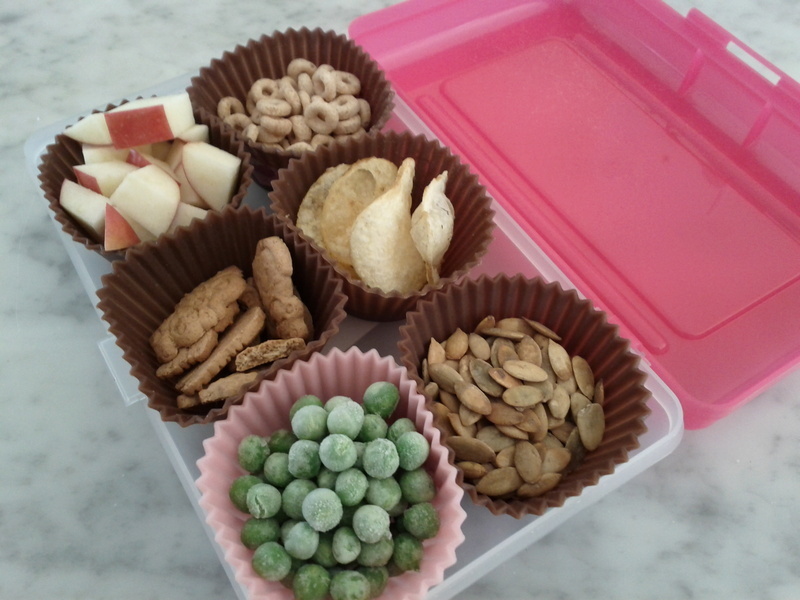 Hell probably eat the cookies and then ask for more 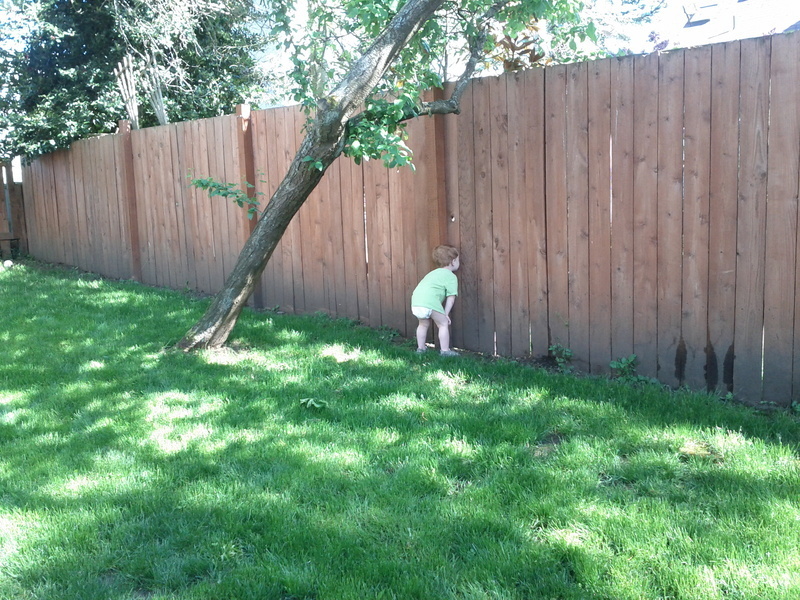 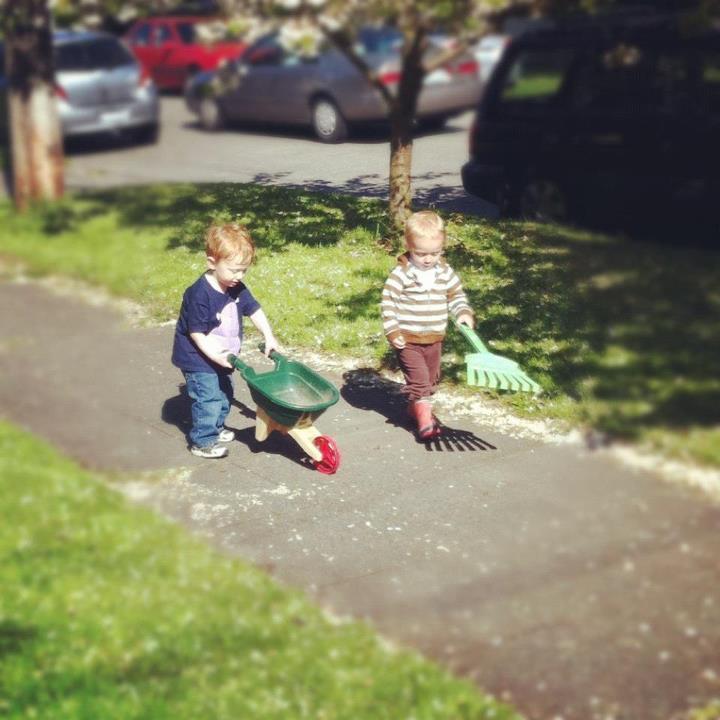 Elliott has been picking up some odd jobs around the neighborhood to help with the family budget.